Sushi Go! is a digital adaptation of the popular card game of the same name. Players compete for the highest score, by picking sushi from a conveyor belt, and scoring the sushi they took at the end of each round. Each type of sushi earns points in different ways, and players must max their combos and prevent opponents from doing the same.

Play a pair of Tempuras for 5 points, but play one on its own and you'll get none! Nigiris can be dipped in Wasabi to triple their points! Pudding doesn't score until the end of the game, but it can clinch a victory or cause a defeat!

Sushi Go is simple enough to play with the family, but thousands of sushi combinations will keep even diehard strategy fans playing. Do you take a Tempura to get points for a pair? Or take Sashimi to stop your opponent from completing his triplet? Pudding doesn't earn points in the round, but you'll lose points at the end of the game if you have the fewest!

Sushi Go (the card game) was created by Phil Walker-Harding, and published by Gamewright.

Play the super-fast sushi passing game Sushi Go! with friends, family, or against the computer!

Pass the sushi! In Sushi Go! the goal is to grab the best combination of sushi dishes as they whiz by. Score points for making the most maki rolls or for collecting a full set of sashimi. Dip your favorite nigiri in wasabi to triple its value. But be sure to leave room for dessert or else you'll eat into your score! Gather the most points and consider yourself the sushi master!

(Click here for a .zip of all the screenshots) 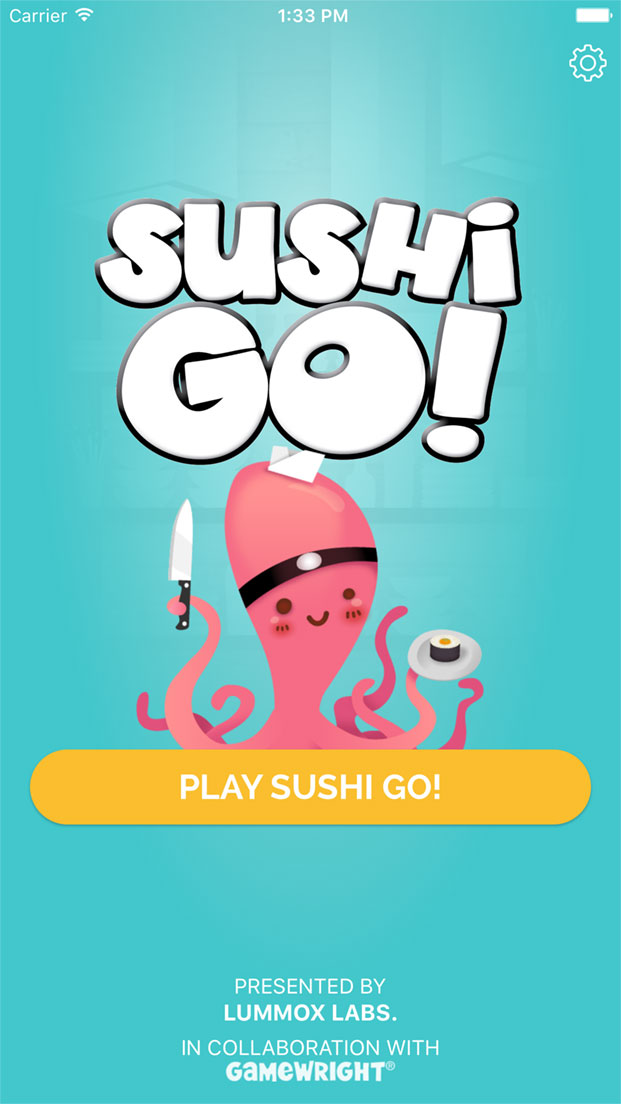 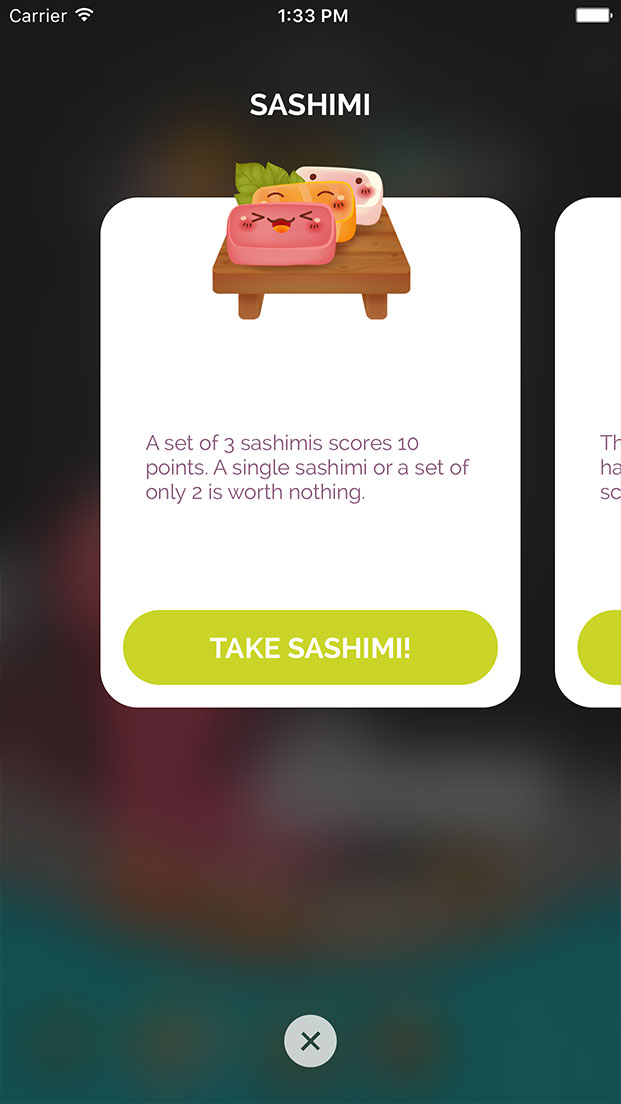 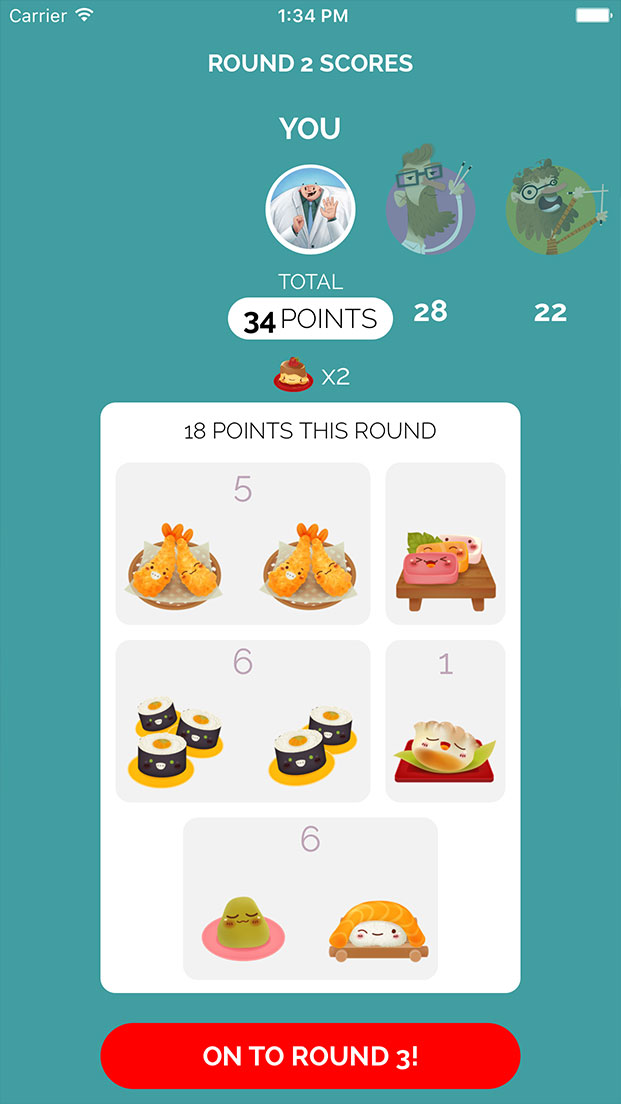